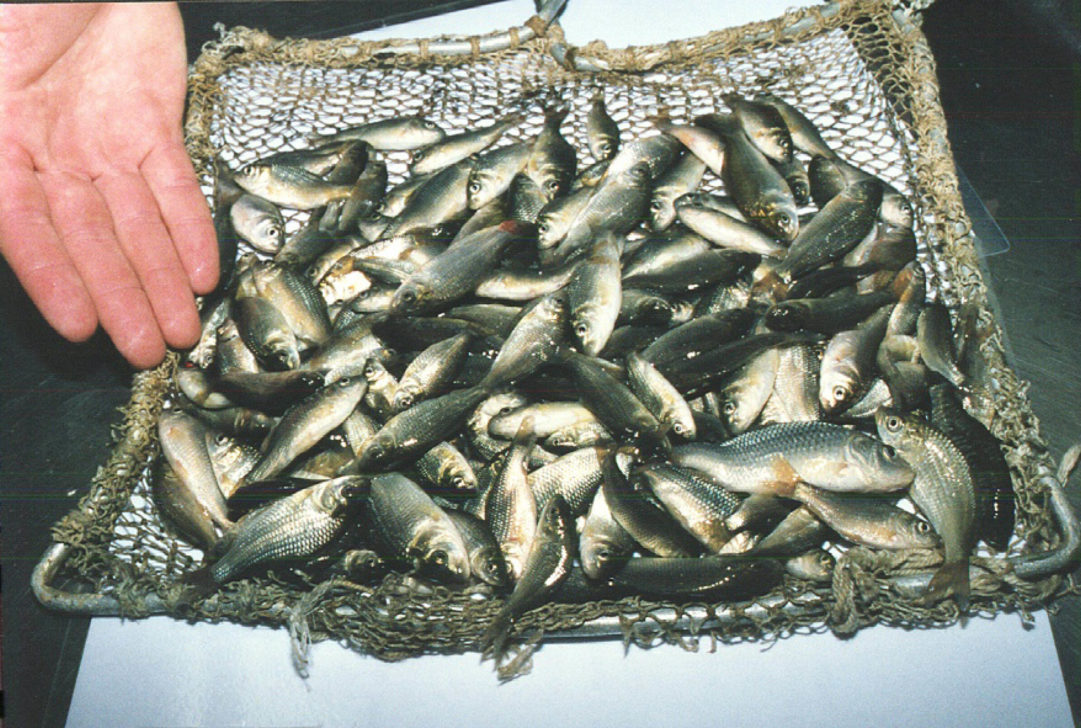 Case study on the identification of carp spawning and recruitment hotspots in the Murray-Darling Basin.

Carp have become the dominant species within the Murray–Darling Basin (MDB) and an effective, integrated strategy is needed to control them. An important first step of such a program is to determine the status and biology of carp populations throughout the MDB, and so identify any weaknesses that offer an opportunity for enhanced control.

A study in New South Wales (NSW) indicated that carp do not reproduce throughout entire river systems, and that the majority of juvenile carp originate from a relatively small number of locations. These sites are known as ‘recruitment hotspots’. In NSW, carp hotspots include important wetlands such as the Macquarie Marshes, Namoi Wetlands, Gwydir Wetlands and the Barmah–Millewa Forest.

One of the reasons that carp are such a successful invasive species is that they produce a large number of live offspring. A mature female carp of 3–4 kg can produce a million eggs.

Carp have a short larval period where they are susceptible to being flushed from spawning habitats by high-flow events. Collecting larvae that are drifting downstream during high flows is a cost-effective method of assessing the key sources of carp larvae within river systems. Electrofishing (the use of electricity to stun fish for capture, without killing them) is an efficient way of surveying and collecting juvenile and adult fish after the larval period.

NSW researchers have been using both larval drift studies and electrofishing to identify carp reproduction hotspots, or ‘source’ populations. These studies provide a better understanding of the spatial structure of carp populations of the MDB by identifying populations that contribute most to recruitment. In turn, this knowledge will help in the development of an effective integrated carp management strategy.

A project of the IA CRC’s predecessor (Pest Animal Control CRC) found that 80% of carp recruitment in the NSW part of the MDB was from only four or five locations1,2,3. However, a portion of NSW river systems was not sampled under that project and it was considered important to continue the sampling program to completely cover all river systems in the MDB. Under the subsequent IA CRC-funded project, the sampling was expanded to include the whole of the MDB, involving 26 locations in Queensland, 33 in Victoria, 10 in South Australia and six catchments in NSW (the Culgoa, Paroo, Castlereagh, Macquarie, Bogan and Lachlan catchments)1.

The aims of the expanded hotspots project were to:

The information would be used to produce a model of carp abundance in the MDB that takes account of the multiple sources of recruitment — a true reflection of the carp population structure in the MDB.

Sampling was done at 152 sites in 11 different river systems within the MDB over three sampling seasons (2005–06, 2006–07 and 2007–08). To obtain data on variation over time, four catchments were sampled twice within the three-year period. Drought occurring in these years limited the number of sampling events, since the sampling strategy relied on larval drift in rivers just after a flood peak.

Carp do not reproduce uniformly throughout river systems, and most carp larvae originate from a relatively small number of locations1,2. Of the 152 sites sampled, carp larvae were only collected at 18 sites, with large numbers of carp collected from only seven sites. Each of the locations where carp larvae were collected was immediately downstream of a large floodplain wetland that had been inundated by recent high flows.

NSW electrofishing data confirmed that carp recruitment was generally localised to specific regions, with juvenile carp only collected at around 5% of sites where data were available. Electrofishing data supported the importance of the Namoi Wetlands, Gwydir Wetlands and Barmah–Millewa Forest for carp recruitment within the MDB. The electrofishing data identified a further 14 hotspots in catchments that were not sampled using the larval sampling strategy (due to the drought). Collectively, it is highly likely that as few as 20–25 carp recruitment hotspots exist in the MDB. Of these, only six or seven are key areas to focus control efforts on.
The results of sampling suggest that there is little variability in when carp breed throughout the MDB, with widespread spawning activity in both spring and autumn. In contrast, there is substantial variability in where carp breed, with breeding generally restricted to large wetland systems in the lower parts of catchments and large impoundments at higher altitudes1.

The results of this project suggest that carp could be targeted for control at several recruitment sources (hotspots) in the MDB, rather than over tens of thousands of kilometres of river, as 80% of carp recruitment in the NSW section of the basin comes from only 4–5 localities3.

The identification of carp hotspots can also add value to large-scale control programs by:

Additional information on carp population age structure from the analysis of otoliths (ear bones) and more sophisticated models of different carp populations and their interactions will provide further tools for a basin-wide management program.

Invasive Animals Ltd has taken care to validate the accuracy of the information at the date of publication [March 2012]. This information has been prepared with care but it is provided “as is”, without warranty of any kind, to the extent permitted by law.