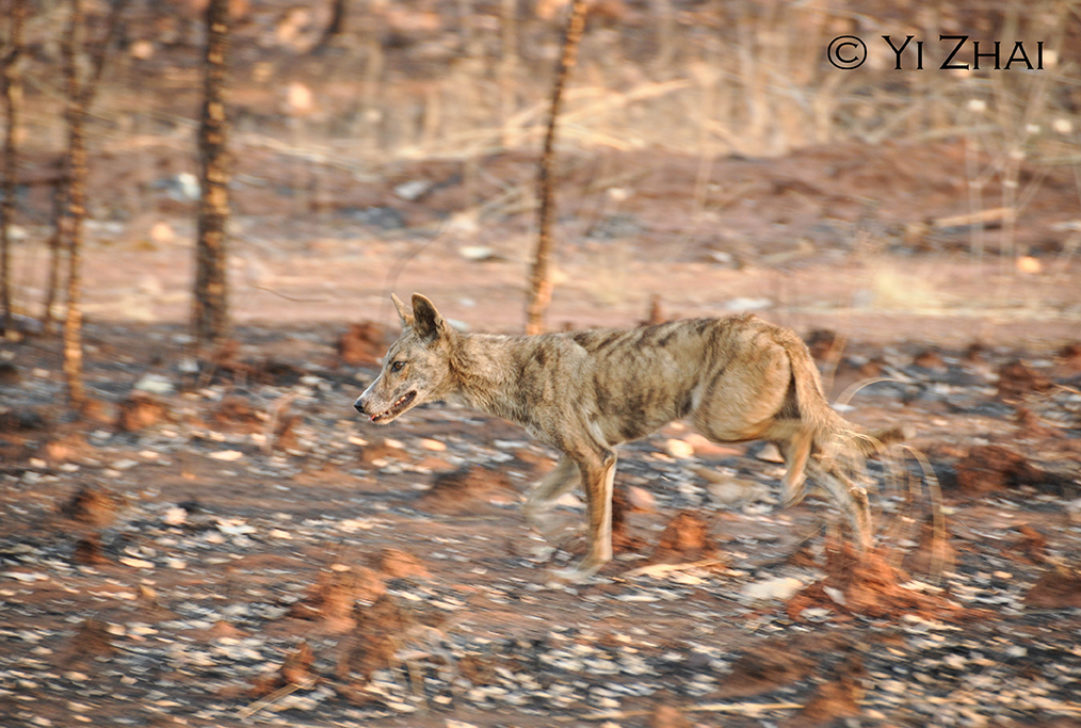 Situated on the Great Northern Highway, Meekatharra is the largest centre in the Murchison, easily accessible with excellent sealed roads from Perth in the south, Geraldton in the west and further north into the Pilbara.

This case study provides an example of a regional control group facilitating self-determination of wild dog management by landholders. Since 2008, the Meekatharra Rangelands Biosecurity Association has been instrumental in increasing the autonomy of landholders to deal with wild dog issues. These landholders have also been influential in achieving jurisdictional changes to allow landholders to be trained in the safe handling of, and have access to sodium fluoroacetate (1080) for wild dog control. This has allowed for greater flexibility in managing wild dogs and reduced reliance on government agencies.

Managing declared pests, including wild dogs, on the very large properties of the rangelands of Western Australia (WA) is a significant challenge for leaseholders. Moreover many declared pests in the WA rangelands are capable of travelling large distances over multiple properties, or are part of populations which occur over multiple properties. Managing these pests requires a nil-tenure approach coordinated over large areas.

The Recognised Biosecurity Group (RBG) framework provides WA communities with a legislated opportunity (through the Biosecurity and Agriculture Management Act 2007 [BAM Act]) to work in partnership with the WA State Government to address declared pest issues over large areas. The RBG framework is based on the concept that pests are not restricted to individual property boundaries; therefore practical management requires landholders and government to work together to coordinate control efforts.

The BAM Act offers a mechanism to raise funds from landowners, which are matched dollar-for-dollar by the state government, in order to control declared pests. Individual RBGs identify their priority pests, then plan and coordinate efforts to address their priorities using funds raised via rates and government funding. Self-determination of priorities is an important element for community-led action using the RBG model.

The Meekatharra Rangelands Biosecurity Association (MRBA) provides an example of an RBG that has grasped the opportunity for self-determination of wild dog management. The MRBA was established in 2008 in response to pastoralists’ concern about declared pests, in particular wild dogs. Historically the MRBA area has been an important area for small stock, particularly sheep. Wild dogs have been one of the factors contributing to the decline of sheep in the area.

The MBRA covers 83 pastoral leases covering over 13 million hectares. Ownership of the pastoral leases includes pastoralists, mining companies, Department of Parks and Wildlife, and Indigenous groups. There are also other conservation reserves and shire-owned lands within the MRBA area. All pastoral leaseholders in the MRBA area pay Declared Pest Rates for the control of declared pests. The MRBA determines priorities in the area, and with the assistance of a part time administrative assistant coordinates and implements control activities.

Within the MRBA area there are several high profile declared pests including camels, wild dogs, donkeys, horses and several species of declared plants. Wild dogs are a key priority for landholders in the area and they currently account for approximately 85 per cent of the MRBA expenditure. Control of wild dogs in the area includes developing, coordinating and administering a baiting program for the deployment of approximately 280,000 baits each year and the employment and coordination of five doggers in the area. Individual members of the MRBA take responsibility for each component of the bait delivery, manufacture and contracting, with some assistance provided by government. This allows the issues of wild dog management to be dealt with first-hand by landholders experiencing the problem.

The National Wild Dog Action Plan is an industry initiative endorsed by Government.