Feral donkeys (Equus asinus) can damage native vegetation, contribute to soil erosion and compete with stock for pasture and water. Control methods include ground shooting and shooting from helicopters, sometimes aided by the use of a Judas animal, and also exclusion fencing.

Aerial shooting of feral donkeys from a helicopter is used for large scale population reductions in remote and/or inaccessible areas. Teams involved in shooting from a helicopter include a shooter, a pilot and a spotter/counter who locates the donkeys as well as records the number of animals shot.

Aerial shooting can be a humane method of destroying feral donkeys when it is carried out by experienced and skilled shooters and pilots; the animal can be clearly seen and is within range; the correct firearm, ammunition and shot placement is used; and wounded animals are promptly located and killed. 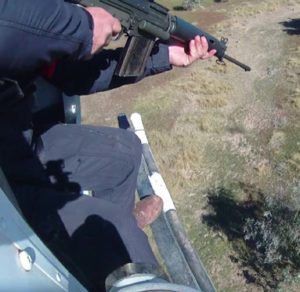 It is important to connect with the relevant government authorities to ensure you have the right permits in place being undertaking feral donkey management.