In Australia, feral goats have been estimated to cause losses to livestock farming of $25 million per year, not including their impact on the environment or pasture degradation. Feral goats also negatively affect conservation values and biological diversity by damaging the vegetation and competing with native animals. Their damage is most obvious and most severe on small islands.

Feral goats are also a resource and commercial exploitation of feral goats is an industry worth about $29 million a year. Many pastoralists in Australia now consider the capture and sale of feral goats to be an essential part of their business. Local eradication is usually only possible on small islands and in some mainland pockets. In most areas, sustained management is required. Managers need to understand the relationship between the density of feral goats and the damage that they cause so that they can determine how to maximise the benefits compared to the costs of management.

Goats arrived in Australia and New Zealand with the first European settlers. Current feral goat populations are descended from these and subsequent animals that were introduced for a variety of reasons. Domestic goats occur on all continents (except Antarctica), but their feral descendants are much less prevalent, occurring widely only in Australia, New Zealand, and on many small islands. In 1993 there were about 2.6 million feral goats in Australia but this number has fluctuated widely under the influence of extended dry periods and the effectiveness of management programs.

Watch this Meet the Ferals episode on feral goats 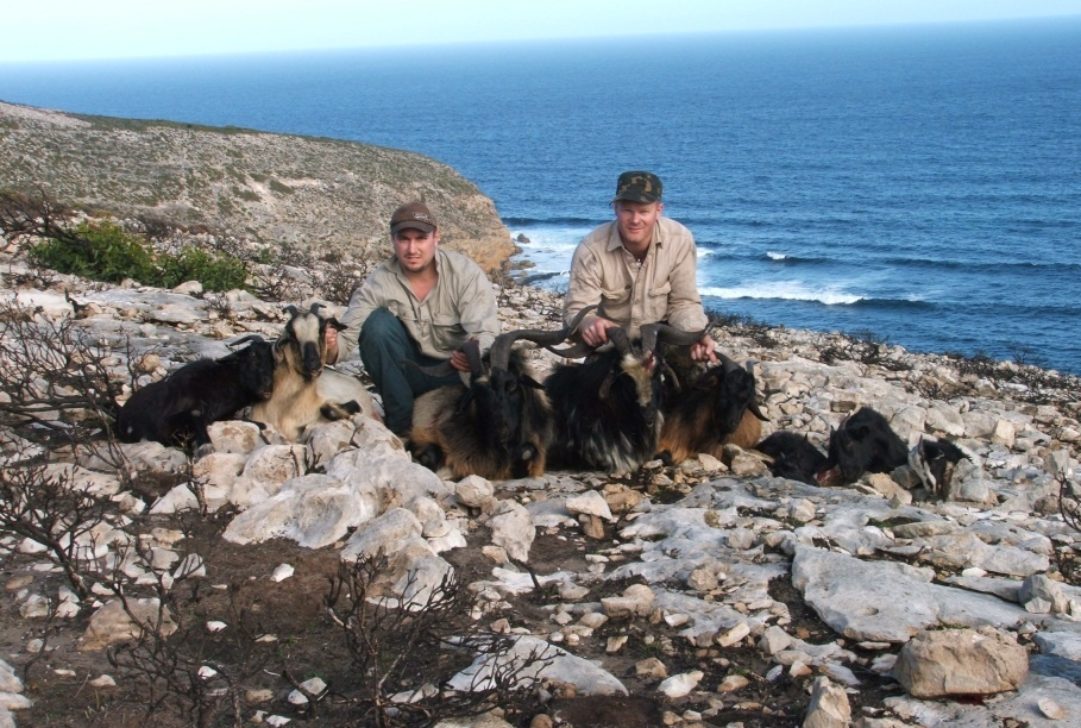