Shooting of rabbits is undertaken by government vertebrate pest control officers, landholders and professional or experienced amateur shooters. Although shooting may be useful when rabbit numbers are already low, it is labour intensive and is not effective as a general rabbit control method. Shooting is usually done at night with the aid of a spotlight, but can also be conducted during the day.

Shooting can be a humane method of destroying rabbits when it is carried out by experienced, skilled and responsible shooters; the animal can be clearly seen and is within range; and, the correct firearm, ammunition and shot placement is used.

Shooting in the day

Target animal and point of aim

Head Shot (this is the preferred point of aim) 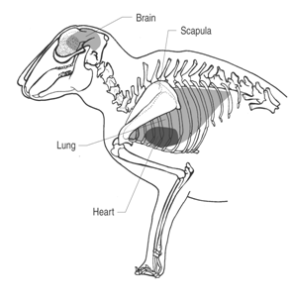 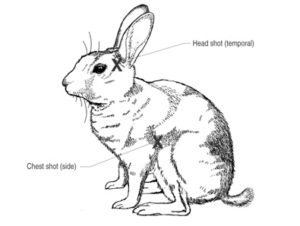 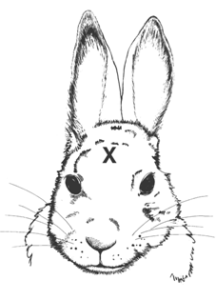 The firearm is aimed at the centre of the head between the eyes.

The firearm is aimed at a point between the eye and the base of the ear directed towards the opposite eye.

The Centre for Invasive Species Solutions manages these documents on behalf of the Envrionment and Invasives Committee (EIC). The authors of these documents have taken care to validate the accuracy of the information at the time of writing. This information has been prepared with care but it is provided “as is”, without warranty of any kind, to the extent permitted by law.

It is important to contact the relevant federal, state or territory government agency to ensure you have the right permits in place before undertaking shooting.